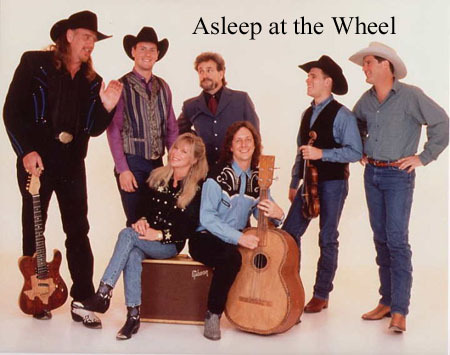 Asleep at the Wheel came to Cruise for a two night stint in March 1992, and put on two great shows. Texas swing at its best and the small stage got a beating it probably never recovered from, not that I know what that means.. Anyhow they drew a mixed crowd of music lovers, jazz buffs, country shit kickers etc. and from the sound of this old cassette the Cruise was rockin!
I'm not sure who was in the band at the time but I'll make an unedumacated guess, the band leader Ray Benson does mention David Sanger and I know for a fact the now very famous Cindy Cashdollar on pedal steel was still part of the band. I had previously done sound for Cashdollar in Boston when she played a duo gig with Leon Redbone. Cindy is also a friend of my songwriting buddy Jeff Wasserman and the bass player in my new band Jørun Bøgberg , and she plays on albums by the both of them. Cindy is now a regular fixture on stage with the likes of Bob Dylan, Van Morrison and Ryan Adams, who ever those guys are. Anyhow I'm short on info, who played bass, fiddle, saxophone etc??

help me out folks!

Buy Asleep at the Wheel music here
or here