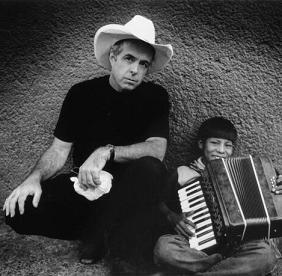 The first time I ran into the Tom Russell Band was at Nightstage in Cambridge where they opened for Steve Earl or was it Joe Ely... damn my memory is fading! it's a good thing weeklyleaks is around to catch what's left of my grey cassette...Anyhow, I wound up working with the band on numerous occasions at Cruise Cafe and they always drew a full house. They probably played for more people at Cruise than any other band, but then again I might be wrong..anyone?
Tom Russell has had an amazing career and has continued releasing brilliant albums, his songs have been recorded by the likes of Johnny Cash, Nancy Griffith, Dave Alvin and The Contenders. ...speaking of, he mentions The Contenders on this tape as being one of his favorite country rock bands alongside The Kinks. The bass player from The Contenders Odd Eirik Fleischer is a good friend of mine and played on all 10 of the Home Groan albums we released. The Contenders' lead singer Bjørn Kulseth. is also mentioned by name on the tape and is now running the small record label, Norskamerikaner and released our HGH album All The Men In Dresses. And speaking of bass players, Tom Russells' great bass player Bill Troiani wound up staying in Oslo and recently won a Norwegian grammy for best blues album!
Tom Russell has also become a favorite of David Letterman and has played on the show a bunch of times. I could go on and on,... but do check out Fats Kaplin and Andrew Hardin as well, and be sure to catch Tom Russell live, he's got a Norwegian tour coming up in May! 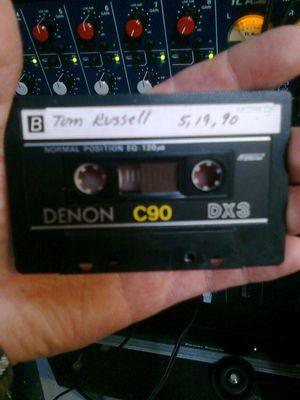