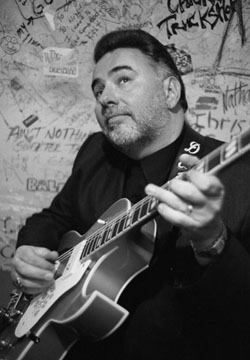 Duke Robillard is an incredibly talented guitar player and a great songwriter. I was already of fan of his the first time I did sound for him back at The Nightstage in Cambridge. I still have his first solo releases on vinyl that he recorded with the Pleasure Kings and they include some great R&B songwriting, the self titled 1983 release is a classic. Check it out! And check out his swing records too! Duke was a founder of his home state Rhode Island Roomful of Blues and continued collaborating with some of their other members after embarking on his solo career. He has also been a member of The Fabulous Thunderbirds and has toured with the likes of Tom Waits and Robert Johnson (just kidding) hey this is the internet, I can write whatever I want. Anyhow, I did sound for Robillard a bunch of times and it was always a pleasure. I think I have some tapes of him, Ronnie Earl and Jerry Portnoy somewhere too... later. Oh this gig at Cruise was great, I need info on the band members though, anyone?