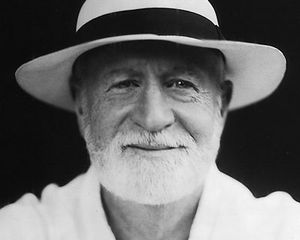 "The man’s voice was heaven. So cool, so decisively hip... Mose was my man. I felt him to be the epitome of restrained screaming power."
Pete Townshend


Ahhh Mose!
Mose Allison is more than a legend he's a totally original musician, songwriter and performer still going strong at the ripe young age of 84.
His songs have been covered by Van Morrison, John Mayall, The Who, The Clash, Eric Clapton, the Yardbirds, Elvis Costello and Bonnie Raitt, but his own rendition's outshine them all. I caught one of his shows a couple of years ago at the Iridium Jazz Club on Broadway in NYC with my sweet Kari Slaatsveen, Mose played solo and was great both lyrical and nimble.
On this show from Nightstage he performed with a trio. I remember Mose being very friendly and also very concerned about his sound. I miked the Kawai Baby Grand with a couple of my own mics that I still own Shure Sm 81's and Mose asked me to back them away from the sound board to achieve a fuller sound, so I did, it did add more cymbals and bass in the piano mics but who am I to argue? He's the man.

Enjoy this great show and catch him while he's hot on a stage near you!

gee, I spelt his name wrong on the old Maxell cassette.... 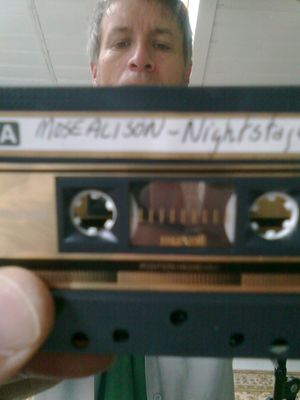