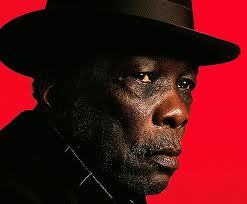 John Lee Hooker, David Maxwell and The Pleasure Kings with special guest Peter Wolf rocked the boat at Nightstage New Years eve 1987!
I had another band Down Time on my stage plot so I guess they must have opened. Anyhow. It was a special night for me, I've been the proud owner of John Lee Hooker albums ever sine I was a teenager, so I was indeed starstruck... David Maxwell a Boston based piano player put a band together for the evening, the rhythm section was Duke Robillards old band The Pleasure Kings. I'll leak them at a later date... 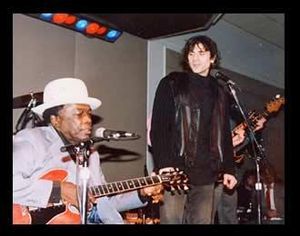 John Lee brought Peter Wolf of Boston's own J Geils Band fame up for a number, Peter Wolf has released some great solo albums in recent years by the way. Check them out. Also almost in the same breath I have to mention I saw J.Geils open up for The Rolling Stones in 1982 in Gothenburg Sweden, they blew the Stones away that night...and speaking of... I saw John Lee Hooker open for Van Morrison in Santa Cruz CA. in 1981 and Van watched his whole show standing on stage left...
I don't have the names of the sax player or the other guitar player (he's very low in the mix, musta had a loud amp...)anyone?

John Lee Hooker mentioned he'd broken his leg a few weeks earlier falling off stage in Florida, but I can't remember him wearing a cast. 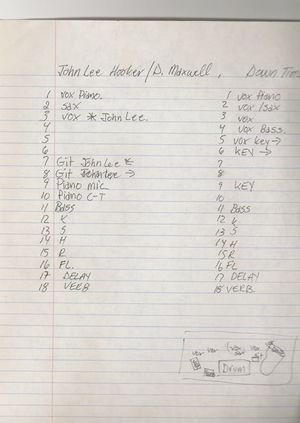